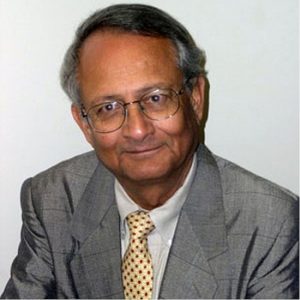 Sanjit K. Mitra is a Research Professor in the Department of Electrical & Computer Engineering, University of California, Santa Barbara and Professor Emeritus, Ming Hsieh Department of Electrical Engineering, University of Southern California, Los Angeles. He has held visiting appointments in Australia, Austria, Brazil, Croatia, Finland, Germany, India, Japan, Norway, Singapore, Turkey, and the United Kingdom. Dr. Mitra has published over 700 papers in the areas of analog and digital signal processing, and image processing. He has also authored and co-authored twelve books, and holds five patents. He has presented 29 keynote and/or plenary lectures at conferences held in the United States and 16 countries abroad. Dr. Mitra has served IEEE in various capacities including service as the President of the IEEE Circuits & Systems Society in 1986. Dr. Mitra is the recipient of the 1973 F.E. Terman Award and the 1985 AT&T Foundation Award of the American Society of Engineering Education; the 1989 Education Award, and the 2000 Mac Van Valkenburg Society Award of the IEEE Circuits & Systems Society; the Distinguished Senior U.S. Scientist Award from the Alexander von Humboldt Foundation of Germany in 1989; the 1996 Technical Achievement Award, the 2001 Society Award and the 2006 Education Award of the IEEE Signal Processing Society; the IEEE Millennium Medal in 2000; the McGraw-Hill/Jacob Millman Award of the IEEE Education Society in 2001; the 2002 Technical Achievement Award and the 2009 Athanasios Papoulis Award of the European Association for Signal Processing, the 2005 SPIE Technology Achievement Award of the International Society for Optical Engineers; the University Medal of the Slovak Technical University, Bratislava, Slovakia in 2005; the 2006 IEEE James H. Mulligan, Jr. Education Medal; and the 2013 IEEE Gustav Robert Kirchhoff Award. He is the corecipient of the 2000 Blumlein-Browne-Willans Premium of the Institution of Electrical Engineers (London) and the 2001 IEEE Transactions on Circuits & Systems for Video Technology Best Paper Award. He has been awarded Honorary Doctorate degrees from the Tampere University of Technology, Finland, the Technical University of Bucharest, Romania, and the Technical University of Iasi, Romania. He is a member of the U.S. National Academy of Engineering, a member of the Norwegian Academy of Technological Sciences, an Academician of the Academy of Finland, a foreign member of the Finnish Academy of Sciences and Arts, a corresponding member of the Croatian Academy of Sciences and Arts, and the Academy of Engineering, Mexico, and a Foreign Fellow of the National Academy of Sciences, India and the Indian National Academy of Engineering. Dr. Mitra is a Fellow of the IEEE, AAAS, and SPIE.