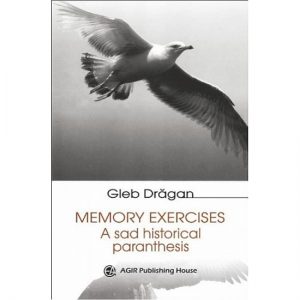 FOREWORD: On the Polizu Campus of the Polytechnic University of Bucharest one could easily identify Professor Gleb Dragan. Upright, he walks straight ahead; his face is ofparticular distinction. His hair impeccably combed, his gaze piercing forward. He looks like an image on a medal. I would run into him crossing the not so large courtyard, on the way to class, or most often as he was making his way lost in thought towards the building which housed the High Voltage Laboratory. During my student years his paths intersected with the resounding names of the post war period, names which became milestones of the Romanian University erudition. Higher mathematics were taught by Constantin Ionescu-Bujor, Gheorghe Simionescu, Haralambie Ionescu-Bis, Mihai Sudan; at the Department of Physics one found Petre Barca Galateanu and Ion Agarbiceanu; at the Department of Electronics taught with the fullness of maturity Tudor Tanasescu, Gheorghe Cartianu, Cornel Penescu and the upcoming young faculty members Mihai Draganescu and Gheorghe Rulea. Mechanics was taught on different floors by Elie Carafoli, Radu Voinea, Gheorghe Buzdugan, Gheorghe Manea, Constantin Arama, Lazar Stoicescu. At the Department of Chemistry ruled with authority Costin Nenitescu, Elena Cioranescu, Al. Balaban, Serban Salacolu, Emilian Bratu. The departments of electro-technics and energetics benefited from the prestige of Remus Radulet, Dorin Pavel, Constantin Dinculescu, Mitu Dumitrescu, Mastin Bercovici, Constantin Budeanu, I. S. Antoniu, Al. Popescu, I.S. Gheorghiu. At the Metallurgy Department worked Traian Negrescu, Stefan Mantea, Alexandru Rau, M. Iorga, St. Dumitrascu next to them came up the subsequent generation – Oprea, Tripsa, Dulamita, Gem, Sofronie, Oprescu, Vacu, Nicolae Popescu. This is the milieu in which professor Gleb Dragan exercised over many decades the art of communicating with his students. This is the atmosphere in which the teacher and researcher expressed himself. This is the space in which he lived and dedicated himself to instruct the specialists meant to disseminate their knowledge throughout the country. One would not have suspected that this man, calm and serene in everything he undertook, could carry inside his soul so many tribulations and suffering. Having been born in a corner of Romania exposed to all sort of storms, blizzards, and severe cold, the studious young man was intended by history to travel paths covered with uncertainty and suffering. In a sustained memory exercise Professor Gleb Dragan invites us in these pages to accompany him through a sad parenthesis of human existence. He and his family had to pay unimaginable tolls both unwanted and unfair. Now, having arrived at an elderly age, the school boy, the student, the young man of years passed brings forth painful scenes. He does this without pretension, in a whisper, and we the people of today learn of the realities of yesteryears – oppressing, brutal, poisoning, with lasting toxic effects. We are told about the sad historical parentheses which he had to endure all the while yearning that the world should know about it. Full of details, scrupulous in all he communicates, the text he puts in front of us stops us in our tracks to ask ourselves “How was it possible? How can one suffer so much in one life? Who can bring back the good that was lost, the family warmth, and the serenity of an age unmercifully destroyed by fate? The reader is invited to observe the refinement with which the author is always careful to address the fragility, the love born in searching for his parents, his twin brother, or his sister from who he was forced to be separated. These utterances born out of the affection for one`s own are of the most precious kind and reflect an exemplary trust in life itself The academician, professor, doctor in engineering, Gleb Dragan gives us through this book a superior lesson in the dignity needed to face life, in resilience to the unmerciful blows which waited for him at life’s crossroads. We have in front of us a human being who despite all he lived and endured continued to remain optimistic, searching and diligent. He is an exemplary force advancing through time following and accepting his destiny. Neagu Udroiu